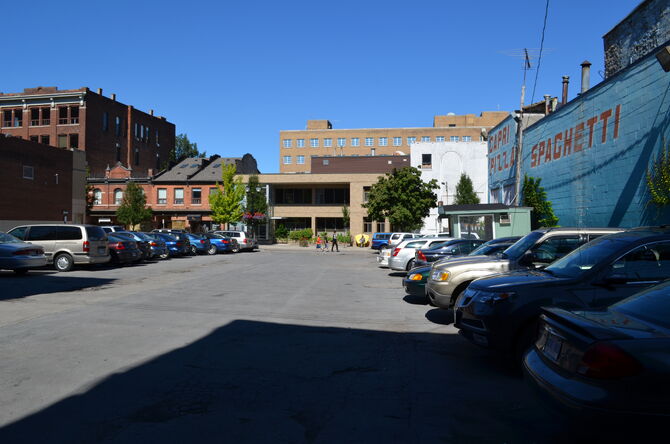 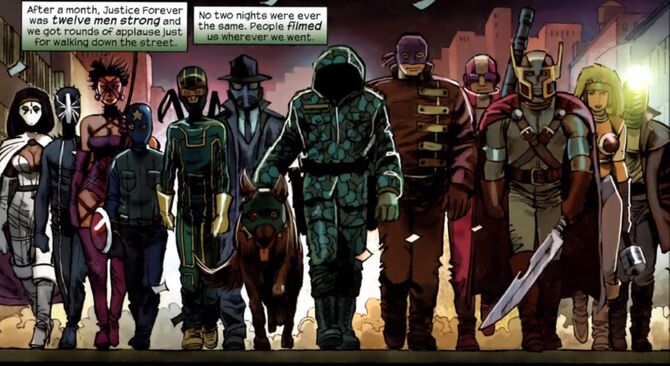 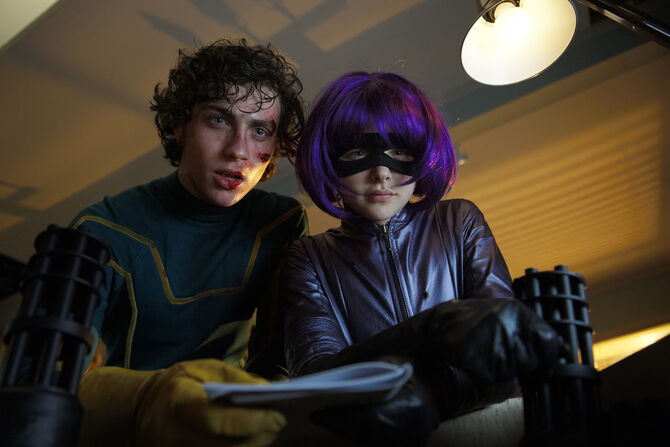 Welcome everyone to the Kick-Ass Wiki!
A wiki about Kick-Ass that anyone can edit.

This wiki has all you need to know about the Marvel comic and movie by Mark Millar and John Romita, Jr., as well as Kick-Ass 2, the sequel to the original Kick-Ass film.
Please follow the List of Wikia guidelines and Code of Conduct. By making any changes on the site, you are by default agreeing to these terms, including Wiki Bureaucrats, and Wiki Officials.

Update: There hasn't been any worthy announcements for a while and therefore I haven't updated anything. My life has been too preoccupied to give this wikia any attention, but I am committed to safeguarding and improving content and interacting with our supporters on Twitter. We've got a small surge of contributors in the past 5 months, but more vandalism if anything, which I have swiftly corrected. I should also note that we're not in anyway affiliated with any "Kick-Ass News" Twitter or Facebook accounts that promote or announce news on Kick-Ass content. Please visit Mark Millar's Twitter page for any new official and reliable content. Be careful at trusting news from third parties as there is a lot of mixed news floating around. There is officially no Kick-Ass 3 or Hit-Girl movie planned anytime soon so don't get your hopes up for any new content for a long time.. if any. ~ The Administrator 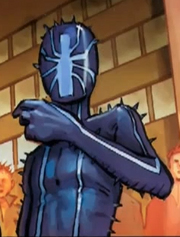 ""I'm just a police officer who got tired of the system. Insect-Man lets me do stuff I can't do in my day job.""
――Insect-Man[src]

Insect-Man first appeared sitting on top of a box in the Justice Forever headquarters when a young teenage superhero named Kick-Ass, whose real name was Dave Lizewski, joined the group. After the group Read More... 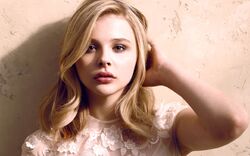 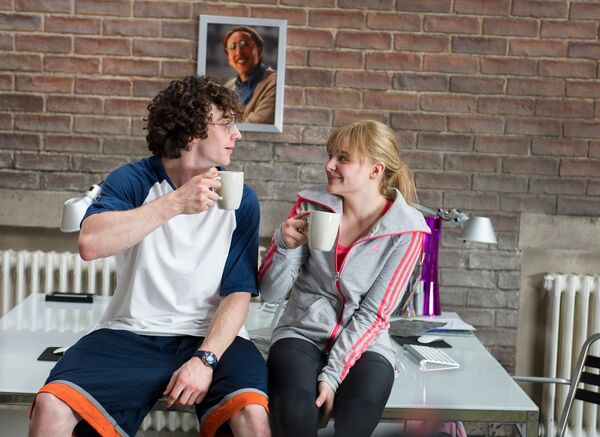 If you see this, your JavaScript might be disabled or DiscordIntegrator plugin isn't working. If the latter, please contact a wiki administrator.

Fans Rank 'Spider-Man' Films With Great Power and Little Responsibility  We Got This Covered...

7 best new movies to stream this week on Netflix, Disney Plus, Hulu and more  Tom's Guide...

Over the Moon: Moon Knight Made Me Love Superheroes Again  Tilt Magazine...

Unhuman Official Trailer: Zombies Bring The Breakfast Club Formula Back From The Dead On June 3  The Illuminerdi...