Kick-Ass 2 is a British-American superhero action comedy film and the sequel to the 2010 film Kick-Ass. It was directed and written by Jeff Wadlow and it features largely the same cast from the first film. It was released on 16 August, 2013 in the United States and on 14 August, 2013 in the United Kingdom. Remember to stay in the cinema for the scene after the credits.

Dave has been inspired by citizens to fight crime in costume as Kick-Ass and Mindy has been trying to live a normal life and retire as the junior assassin, Hit-Girl as they have a new wave of self-made masked crusaders, led by the badass Colonel Stars and Stripes joining them. Meanwhile, Chris D'Amico previously known as Red Mist becomes The Motherfucker as he becomes the world's first super villain and assembles his own evil league to make Kick-Ass pay for killing his father.

Differences Between Comic and Film 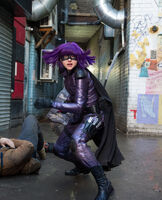 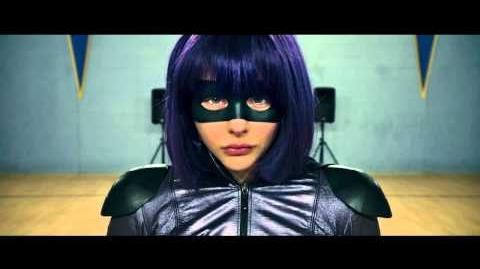